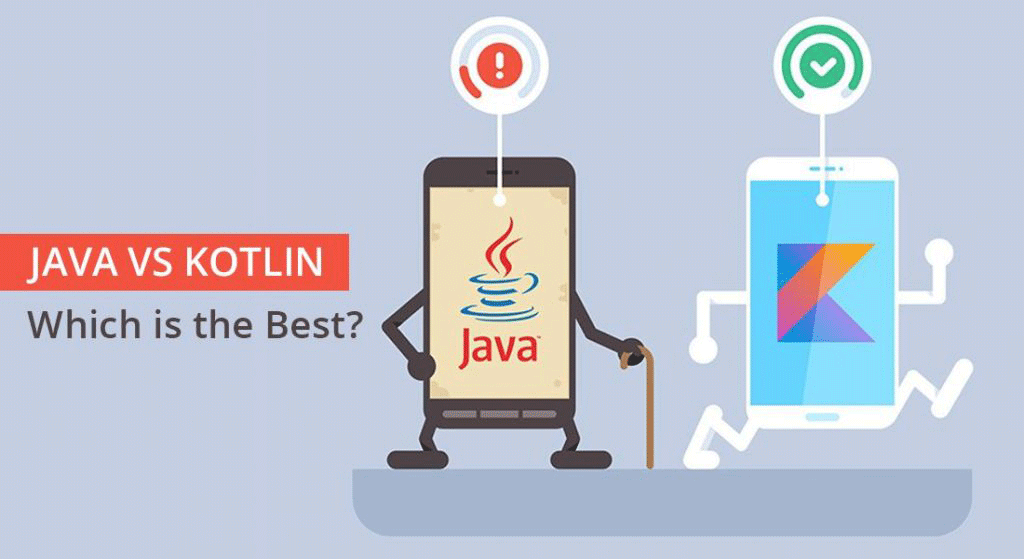 Certain programming languages has been able to catch many eyes off lately this years and one of them is Google I/O , which is now known to be the first official language of Android , named as Kotlin . Even the android studio supports Kotlin . Kotlin can be used easily in android studio and the main benefit being it reduces the overall app development time to great extent .

Now the main confusion which arises while talking about app development is which one to choose : Java or Kotlin ? Which one is better ? Lets read further to further find out .

Kotlin is open source programming language use to build awesome mobile applications . It is preloaded with object oriented and functional programming features for JVM and Android .

Kotlin was originally discovered in 2010 by JetBrains , the firm which is known for its well know Java IDEs .

The best part for the developer when it comes to learning a Kotlin is any experienced Java developer can get the whole idea of Kotlin and that to within few hours . Kotlin is originally oriented from Java only , and that is the reason developers can use both Java and Kotlin simultaneously to get the best output .
Java frameworks and libraries can be easily created in Kotlin . Choosing Kotlin over Java will surely give you number of benefits in your app development process such as safe casting , extension function and much more .

Is Moving From Java To Kotlin Is Good & Safer Decision ?

Java is worlds most widely used programming languages , however it might not be the case when we are talking about Android development aways.
Java is a prehistoric language , although recent launch of Java 8 with lambda function has impressed many developers , but the fact is when we are actually building apps on android studio  android will only support subset Java8 features , and thereby you may not be able to take the full stack advantage of Java 8 .
Apart from it NullPointException and try catchy blocks are another of the greatest issue faced buy a programmer during development . As we all know java is ancient language , its syntax is also very old when we are comparing it with modern programming language .
So answering the above question , Kotlin code is is better than Java code , and can perfectly work on android . But Kotlin is not preferred for freshers as it will be very hard to learn in case you are not aware with the concept of core Java . So for newbies you can start with Java and can later move on to Kotlin .

So Will Winklix Prefer You To Use Kotlin ?

Java is a old school programming language which we have been using since last 10 years . Although there are high end developers who can give you an awesome output , but the limitation of programming language is always been there over the years . And that is the reason Kotlin has come with more viable approached such as :

Kotlin For Android Development : Yes Or Not ?

Umm… if we were in 2015 , then we would have not adopted the same as Kotlin was not mature enough art that time .
But the good news is its 2018 , and yes Kotlin is mature enough to handle all kind of request . It also pre comes with Android Studio support which means IDE knows how to get the most out of this technology . Anyone can learn this language with ease , which giving fewer long term crashes the Kotlin is hoped to be deployed with various new features in coming years .
It is a modern programming language and may overcome on Java within few years . Java and Kotlin both has the ability of supporting all Java libraries and frameworks . The support and community for Kotlin is also increasing day by day .
So Kotlin has a brighter future and Java will surely remain the pillar of android app development which every fresher should learn at initial stages .