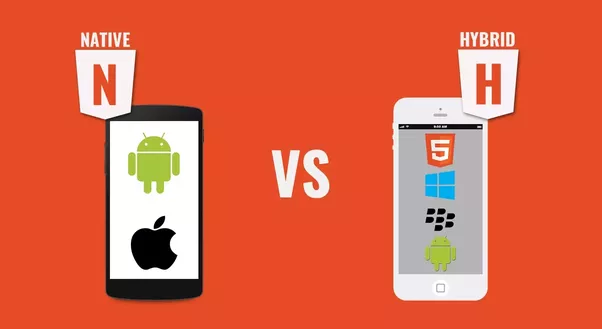 There are always certain factors which impact the cost of the development of the app and some of the major factors are given below :

It is always seen as a misconception that Hybrid app is always less expensive that native mobile app . but as per the studies we can’t estimate the cost of app development at initial stage . But in real world when you are actually going to play with the app , hybrid app gives less than below performance and other major drawback .

Lets breakdown the two development step tougher with factors that can impact the cost of app development .

Native app always gives the best ever performance as it is specifically build for that specific platform. But at the same time you are hiring two different resources for one app on different platform and hence the cost will be expensive .

Application made on native app will always have fewer dependencies and bugs as it is build for that specific platform only and not relying on cross platform tool such as Xamarin or Cordova .

These apps usually consist of everything that a HTML5 can do together with a taste of native mobile app . Hybrid app is non other than a web view of a application made with a combination of HTML5 , CSS and Javascript .

Developing a single app for all the platform might be a quicker process and will obviously save your time and money , but when it comes to performance it will not do . So there is no point of making such apps by which your ultimate user will not get satisfied . The more level of customisation you want the more expensive it will be .

Does Hybrid App Really Cost Less To Your Pockets ?

As per Winklix viewpoint , yes hybrid app will cost less as in a single coding you can get the app for both the platforms , ie android and iOS .

But wait , on the other hands there is biggest disadvantage .when it comes to bug fixation in Hybrid app development . Developers are totally dependent on cross platform tools such as Xamarin or Cordova . If a new feature has been release in the UI kit , you unfortunately have to initially wait for the tool to support it and then you can be relate a version upgrade on both the platform . In additional to it , the process of bug identification is a bit difficult task in case of hybrid app development , which will take more than usual time as it may extend the development timeline.

When It Comes To User Experience ?

When it comes to mobile app usability , it works on the principle of ” First impression is the last impression ” .

The majority of the app users will make decision of using the app in the very first experience with the app . If they don’t find it useful or is affected by its poor performance they are never going to come back on the app after there initial use of app .

Native apps is always ahead when it comes to performance as it gives faster experience and reliability to user . Even a complex app can be performed well with native mobile app development .

The appearance of Hybrid app development varies from user to user depending on the version of the software they are using and the devices on which they are checking the app , and hence the app may not always look same as per user prospectives .

So the conclusion we can say is native app may be a little bit higher solution which will take time and cost you more in long run , but you will be able to provider the end user ultimate personalisation and experience . Native app will help you to reach next level with higher conversion rates and customers loyalty .