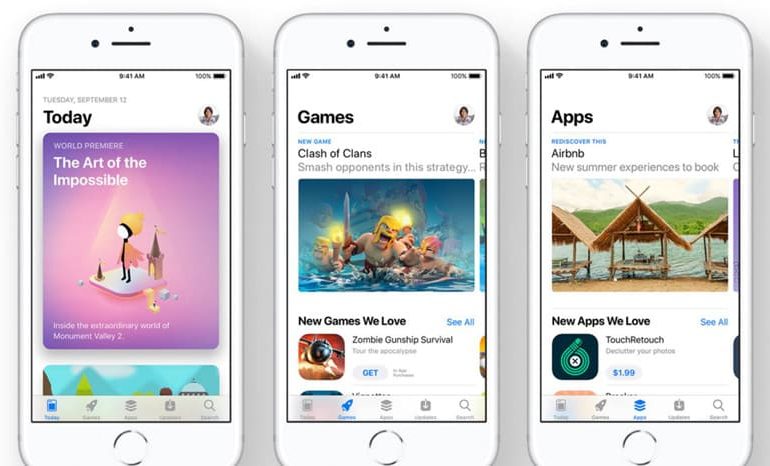 We all are aware of recent Apple App Store changes that has completely redesigned the store . Now with the release of iOS 12 in the recent Apple event , we can expect to see a drastic change in native app discovery funnel .

Who will not want to get their app features in App Store ? If your app by change gets featured in Apple’s featured page , you will get a complementary increased number of traffic , more visibility and thereby downloads . Although there is unfortunately no sure ways to get featured , still there are certain available tactics by which you can increase your changes of getting featured .

Why Does Apple Feature App ?

Apple App Store was launched decades ago . We can say the apps has made the iPhone of what it is today . In less than 10 years Apple has reached to the next level of business industries , it has completely changed the way we live , and has introduced a entirely new business which we may have never been think of . As a result Apple App Store draws more than 500 million weekly user helping them to earn billions of dollars from App Store . The all credit goes to mobile app development industry and that is the reason apple always want to maintain a healthy relationship with developers by welcoming their quality products and thereby featuring their hard work on App Store .
Although the layout of the iOS 12 App Store will remain similar to previous one except a change in menu bar which offers a missed tab in placing of giving user full extent of content for the last 7 days .

How To Get Featured in iOS 12 App Store ?

Before getting your app submitted to Apple App Store , you must have a great app with awesome design and most important it has the capability to fulfil the needs of the user . Some of the points which can help your app to get features in App Store are :

This is known to be make or break functionality for your app . It must have a eye catchy design with ease to use functionality from user prospective . So before even dreaming of App getting featured try to fix all bugs in your app . No store editors will promote your app if it has bugs !!

If you want to play safe , native app is the best solution . Apple will obviously feature app that may have been build specifically for their platform as they give high end user experience in comparison to hybrid one . So if you really want to get features on App Store , always invest in iOS development and build native apps . With hybrid apps you are somewhere compromising on user experience as it is common for all the platform . In short we can say in order to get features on the App Store , native app increase your chances of getting featured in comparison to hybrid app .

Every company want to promote their own brand first , is it not true ? Apple’s also does the same – they prefer to promote their own products first . So in order to get featured in the App Store , you must keep in mind fulfilling the common objectives of Apple . For instance say if Apple is promoting an API , you must customise your app according to that recent API implementation . Also at the same time keep in mind Apple’s product release as it is also one of the best way to get featured in app store. So if you are using apple product in your app , they will give you a visa a versa result .

Keep App Up To Date Always

Updating your app on regular intervals and offering user with enhancement and new features will always add on to your value of app . Apple always love to see the apps that are getting regular updates frequently .

Its a one time win win situation if the user is coming to your app store page , and it must give user a long lasting impression . Each and every element on your page should be properly aligned in order to decide user to download the app . In short we can say a good description and a awesome app icon with surely increase your chances of getting features in app store .

App Store Optimisation (ASO) is process of optimisation of your App Store listing in order to show your app on the higher end on searches . ASO is somewhat similar to Search Engine Optimisation (SEO) which will no question asked will increase your visibility and downloads and if you are lucky your app will be noticed by editor and can get features on App Store . For ASO , keywords are the king . It should be  handled with utmost care and should be placed in various sections of app listing . It is always beneficial to include the focused keyword in the title itself and in the description to .

Rating and reviews helps identify the user experience and thus the ranking factor . It has always been marked that at the time of downloading the app user will at first see the rating and reviews of the app. In order to increase your changes of more and more download , its important to maintain a rating of average of 4.5 or higher .
Just like user’s , Apple editors has almost same decision making process while they are searching for the viable app for featuring on App Store . Any company focused on business will always thing of profit making first , and so is the Apple . Apple is always thinking about profit . Although rating are hard to maintain as it totally depends on the user choice and satisfaction to individual user needs which can never be meet due to different mindset of users , but a good user app with often amount to high rating and positive reviews .

If you are a lucky person whom have have got selected by App Store , fill in the form as quickly as possible , and provide them with the attractive banners , thereby making it easier to showcase your app listing on the featured page . You can also note down the number of downloads before and after getting featured on the App Store . After getting featured leave no chance of making sure of retaining user acquired from the feature by best mobile app development .

Although the above tricks are just the proven tactics of getting your app features , there is no certainty  of your app getting features . All you can do it put your best efforts keeping in mind the above points. Always choose a mobile app development company who keep on adding value to your app by way of regular updates .