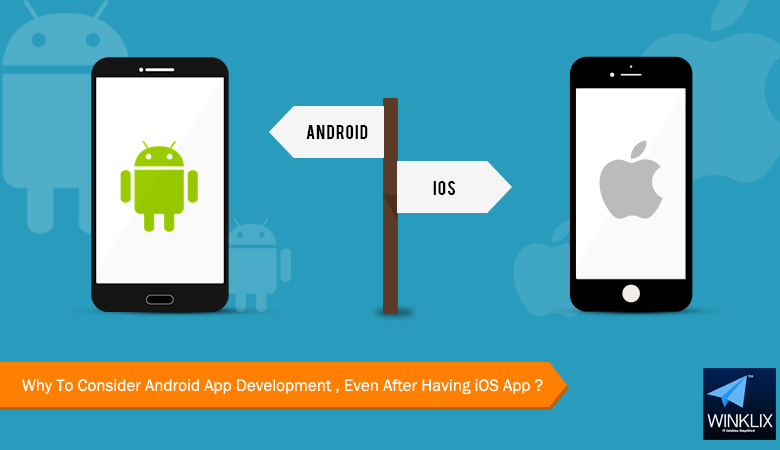 Android app faces different challenges that iOS app development , but can be proven advantageous due to flexible Android infrastructure . But is there any possibility of replicating my iOS app into Android ? Or do I need to build the whole new app right from the scratch ?

The answer to all above question is its not possible to directly convert developmental work . Even a minor designing change in the app requires tons of development time . This is possible because of difference between the coding languages between the two competitors  . Its not like we can simple copy it and then paste it on another version . There may be the case that app that is featuring currently on the App store may also be on the top of the play store .

Apple app store was firstly launched in 2008 , and since then Android and iPhone are in direct competition with each other fight like Tom and Jerry . Apple launches phone at incremental level . Every upgrade contains few features upgrade with iOS version and chip upgrade . The app running on iPhone 7 will also run on iPhone 6 and iPhone 8 and iPhone X . But yes we agree apple is always dedicated to provide sleek , touch based design .

In 2008 , Android phones has not gained that much ubiquity . But in recent years , they are the most used smartphones worldwide . Android apps are developed to work across all the platforms , where it is large touch screen or a phone with small screen .

If app development was science . we would till now have been the einstein of it . Well you have to study market demand in case your user want Android app , you must proceed with it .

If your current position at iOS market is giving you satisfying experience , then you are likely in good place to implant Android app in the market .

Walk around a New York city and you will find iPhone everywhere . But oh ho wait a minute , are you startup app developer ? Then your presumption is absolutely wrong . Although it’s the fact that Apple is leader in terms of App Store Revenue and hardware profits , but but Android market has already touched 88 % worldwide last November .

In European and Asian countries , where english is not so common , people find it convenient to use Android phone , which fulfils their needs in their own local language . And its the universal fact that in android phone is affordable , whether it is US or whatever country it is . The innovation of phones like Pixel by Google and , plenty of budgeted phones are available in the market , except the added flavour of the world best camera in iPhone . But if we have you buy a camera phone , then you would be don’t take a decision to buy a DSLR camera , instead of phone which has limited memory and small screen size ?

Also right from Google maps to Google drive , all these are the child of Google , which are inbuilt software present in Android phones . Whereas in iPhone they are cohesive and disjointed as they are not native to the platform .

App On Google Play Store ? Your SEO Ranking Will Get Boosted

The key to success in online industry is getting discovered in search engines worldwide , or at least in the market you want to target the customers in . So want to increase the brand awareness ,  SEO(Search Engine Optimisation ) is the key .

The most common advantage of Android platform is its open source nature of platform .In open source developers can easily cope up with the upcoming modules due to its flexible easy to use framework . Also Android app development is cheaper and easy process , say integration of push notification in the app can be easily done by using Google Firebase , even within a day , whereas in iOS it can take upto two or three days .

Thus the above point must have created a short story in your mind that how the app works , and on which platform you can choose from to launch your mobile application . In case you want the expert opinion , you can Contact Us , Winklix – The leader in mobile application development .

4 Replies to “Why To Consider Android App Development , Even After Having iOS App”