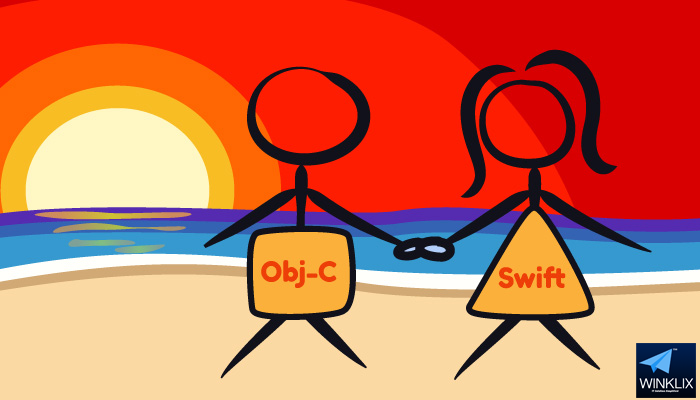 An iOS application can be easily developed if you are having a good programming language command . The programming language used now a days are swift and objective-c for development of iOS applications . But in present scenario , swift is being chosen more often than objective-c . Swift is mainly used for development of apple softwares , which are fully compatible with IOT(Internet Of Things) substances like apple watch , TVOS and iOS . Swift language has been developed after many challenges , in such a way that we can improve the performance of the application , adding the features of objective-c in it .

Some of the features of swift are given below :

winklix.com is also leading mobile app developer in delhi as well as mumbai , India serving clients all over world while using latest technologies for development .