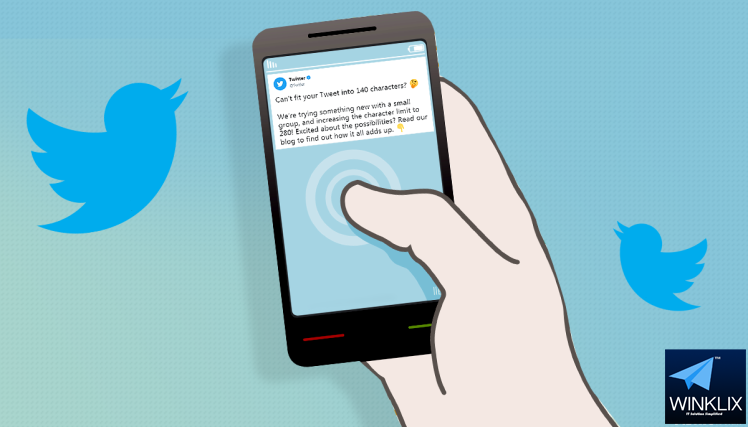 Twitter has just cramped out some space to fit its miniature packer , and we are not really ready for it.

” Our research shows that the character limit is major cause of frustration among people tweeting in english ,when people won’t have to cram their thoughts into this small space , they might just be more of a human instead of a bots” .

Many times , when we are posting it on twitter, their 140 character limitations , break out sentences into stupid end , it happens with me almost all the times , when i try to post the sentence on twitter .

What Exactly Was There A Limit At First Space ?

When the world was total chaos , that is at the starting phase when twitter has just been introduced and there were not much competitors , twitter send the normal text message which was 160 character , which is combination of 140 as limit for sentences and 20 for damn username .
But due to people discovery , suddenly the words got more power and is becoming meaningful .
So at that time also , twitter played his role , thereby increasing the limit to 10000 characters in 2015 .
Now lets think of twitter becoming Facebook , and lots of words are becoming fluffy . Thank to Jack Dorsey for not making it Facebook .

Why They Want To Change It Now ?

Yuppie , you are so happy !! Finally twitter has increased its limit . But oh ohhh… limits are just arbitrary frame for references that can change from time to time and from mindset to mindset .
We are human beings and we can limit our thought for expressing it on twitter , and at the very next movement , we realise that you need to break the text .
How sad it is ?
So instead of being happy with it , you have to ultimately focus on how to fit your thoughts within that constraint . Twitter might also be thinking all these , but why they did all these years ?

Why Isn’t It Working Anymore ?

Well we are yet to discover that  .whether it will make the steeples more active to what !

2 Replies to “Twitter’s 280 Character Limit : Implications It Holds For Future ?”