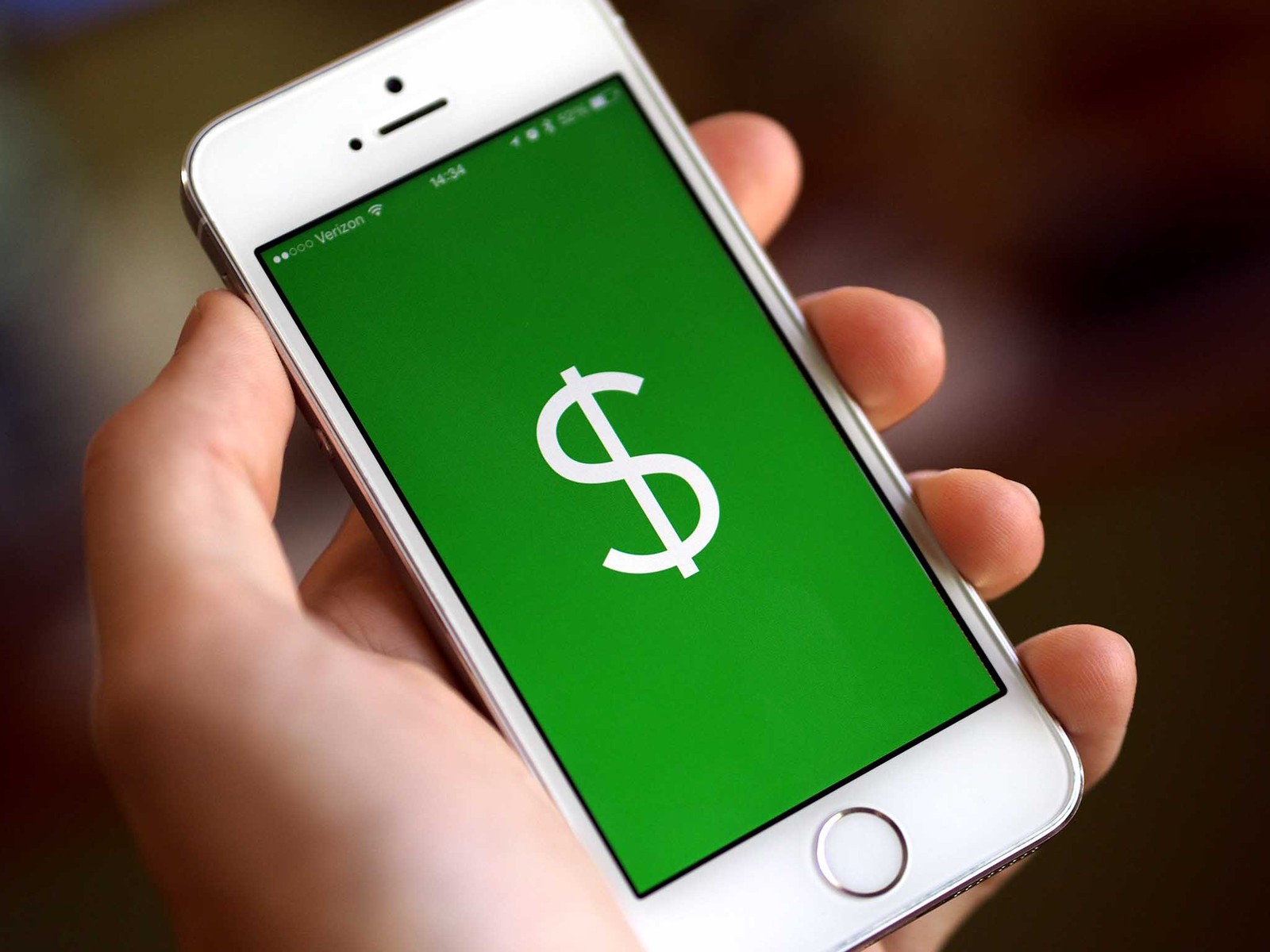 When smartphones came into our lives they changed everything. The new technology enabled us to take high resolution selfies and watch YouTube videos from anywhere in the world with the help of a decent enough WIFI. These handy gadgets have also made many people self-reliant, as they started making their own videos showcasing their cooking and gardening skills.

There are many things that these devices are capable of doing, but we have not reached that stage. The mobile app economy, which is all set to touch $6.3 trillion by 2021, gives a lot of opportunity for independent-minded people. Let’s explore how these gadgets work for you.

Earn Off An App

You would be better off building an app if you have a unique idea for the same or if you can think of a refurbished version of a current app. Lot of money is involved in building an app.

Free apps having in-app purchases can be a gold mine and possess a lot of money-making potential than apps that charge money. They arrest the attention of the people and make them actively involved in their activities and then it becomes difficult for people to make an exit without buying. Game apps have proved this right. Candy Crush makes $1.6 million on a daily basis. Clash of Clans Royale earns $2.3 billion yearly.

The other way for apps to earn money is via subscription-based services. Headspace, the meditation app conceived by Richard Pierson and Andy Puddicombe, has become one of the most popular subscription apps in the App Store.

Instagram, as we all know, was founded by Kevin Systrom and Mike Krieger with the intention of becoming a useful app with check-in and photo-sharing facilities, and at present has close to 700 million users. The company was bought by Facebook in 2012 for an astronomical sum. Post Facebook buy out, Forbes said that Instagram has evolved monetarily in the range of $25 billion and $50 billion. The company that owes its rise to Instagram is the makeup and skincare company Glossier, which found success mainly through word of mouth and Instagram presence. The founder and CEO Emily Weiss confessed that the best medium to market is via social media.

Instagram has given people an ideal tool to achieve fame and earn revenue income as per their personalities and interests. For example, Fitness trainer Kayla Itsines owes her success to Instagram through her popular workouts. As a result, she has created her own subscription-oriented app called Sweat With Kayla, worth over $46 million. Around 25 million users give $20 a month to train “with” Itsines. In fact, many chefs, makeup artists and influencers have eked out careers as a result of their short Instagram tutorials and YouTube videos. Among the most popular are Patrick Starr, Jackie Aina, Jamie Genevieve, Bret Manrock, Manny MUA, and James Charles. These people conceived and devised their own content, formed their own fan-base, and made their into subscriptions, endorsements, and merchandise.

There is another option to create wealth and that is through the phone by your side. The on-demand app job market gives a lot to the economy. They are ideal for students, part-time professionals, retired people and anyone wanting to create good money. Some of these jobs happen to be unstable so it would not be wise to depend on them as your only income. However, these jobs can be a good start and you can earn decently as well.

THE FINEST APPS FOR DOG WALKERS

The Wag app has gained serious momentum after its launch in 2015 and it has emerged as a best dog walking app since then. The initial dog walk is free for those who sign up and then there are contests and potentials to earn extra money on holidays. In case you don the official green shirt for walks you can get bonus cash.

Rover is famous for its home-based and doggy daycare facilities. Jobs to perform on this app are like a commitment than Wag. This app is amazing and the application process is convenient.

Care.com is also an ideal option to look for dogs to walk and dog sit. The processing aspect is also very in depth. It has provision for user testimonials as well.

Some of the Finest Side Gig Apps

This is an ideal platform to make good money. Even if your skill is very ordinary like lifting heavy things, you still have some options. Jobs on TaskRabbit include getting something from a store, painting a wall, handing out flyers etc. You are only required to let the app know your skills and expectation for utilizing those skills to assist others and you will be swarmed by requests.

Handy is perfect for cleaners, movers, and people who love to make Ikea furniture. This app links people with their local handyman or woman. The app is very effective in spotting work in the near vicinity and creating customers who will hire you repeatedly.

Fiverr is a good platform to flaunt your creativity to earn money and get exposure. In case you possess skills in writing, technology, photography, editing, or translation, Fiverr is apt for you. The services provided on the site/app encompass anything you desire to create or do. Prices with regard to services begin from 5 dollars and some services go beyond this.

THE BEST RIDESHARE APPS FOR DRIVERS

There is an intense debate on Lyft or Uber being a better company to work. In fact, many drivers find both good options. Hence, they both are tied at number 1 spot.

Via is a newbie and has presence only in Washington D.C., Chicago, and New York City. This happens to be a carpool app with fixed rates and no choice as far as riding solo is concerned. It is very economical as well.

Most food delivery apps are alike in several ways, however, some offer good salaries than others and some busier than others. Therefore the experience of working for each will be almost similar. There are apps that offer jobs only to those having a car. However, many permit you to work with a bike or a car.

“Get paid to shop!” goes their slogan, which pretty much makes obvious of their intention. As an Instacart employee you are required to pick up and deliver food for customers who are not able to shop on their own. Instacart provides delivery services from a lot of shops such as Whole Foods, Costco, CVS, Fairway, etc. It is to be kept in mind that Instacart was in controversy with regard to the “service fee” on customer’s bill that goes to employees. Many customers did not tip in a big way as they thought workers were getting the money from the fee.

Apps To Let Out Your Stuff

Zilok permits you to earn money through your speakers, camera, blender, car, or anything else that could be useful to others.

Free lifetime membership is an advantage and cars can be obtained on an hourly and daily basis. However, Maven is available only in a few states.

By featuring your car on this car sharing app you can earn up to $6,500 a year. The other advantage is that Turo has its presence in more cities than Maven.

In this peer to peer car sharing service there is a whole range of cars to be rented on an hourly or daily basis. Getaround claims that people can earn up to $10,000 annually by renting out their car.

There are several apps on the App Store and Google Play Store, claiming to give an opportunity for you to make additional money, but everyone is not trustworthy. The problem lays in the thin user base to make it viable for you to work with the company. Another issue is the inconsistent jobs, so depending on them to make sufficient money for rent is not feasible. It would be only appropriate to perceive them as part-time jobs, meant to earn some extra money, not a stable income.

On-demand jobs are good in their own ways. They offer flexible work arrangement, and an option to earn some additional bucks. In case you are living at some place temporarily and a full-time job is not possible, then work on-demand would be a perfect fit for you. Over here, you also get a lot of independence sans a boss to report to.

There are infinite options for those trying to eke out a career from the side gig app economy. It is up to you to grab those.