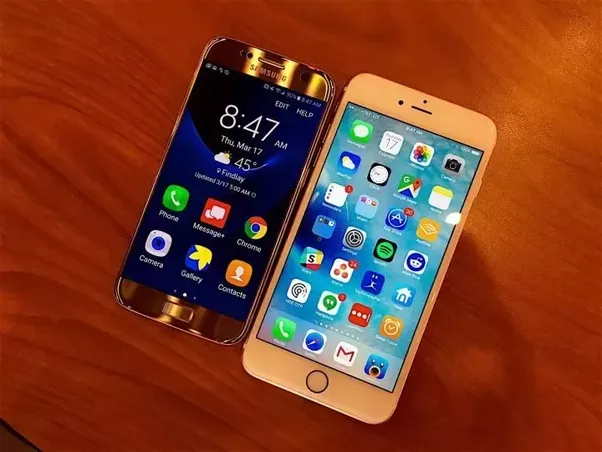 We are all conscious of the fact that both Android and iOS development platforms are the brutal competitors of one another. In the last couple of months, both hosted big events where they revealed a series of highly cutting-edge gadgets and updated Operating Systems. Although the competition is exceedingly tough in every aspect and sphere but when it comes to security factor, iOS scores the goal to knock it out of the challenge.

According to a recent study, it was found that Android platforms are more vulnerable to malware and viruses. Both Apple and Google are trying their best to offer secured operating system but why that Apple has outclassed Android and why does experts trust iOS platforms more than Android. Let’s find out the reasons:

One of the major reasons mentioned by the technology professionals in connection to the important question is that Android as an Operating System is an open source. Because of this feature that anybody can get an access to the Android platform, it poses a security threat. However, having any such infiltration in iOS is nearly very challenging if not impossible.

The professionals also view that the risk becomes more evident if a user is trying to modify his phone settings and he does not get satisfactory results. It becomes very easy for the hackers to track your mobile phone and get into the details.

The security problem will still be a matter of distress even if the changes or modifications are conducted by a developer. The Android is open source; it allows hackers to distribute malicious malware.

Apple is very stern in imposing the terms and conditions in downloading and taking control over the software. This means that you cannot launch every app on the Apple app store just like in Google Play Store.

One can mention the instance of Apple versus FBI case where Apple did not fulfil the requests of examining agency to unlock an iPhone 5C. This shows how stern it is when it comes to security.

Enterprise Apps: iOS is the winner

The business mobile apps has become as a big advantage for the enterprise and business communities as it has decreased the pressure of work to a much scope. It has made the employees to work proficiently even outside the buildings of office through the innovation of BYOD technique. But it has also raised severe questions on security as everyone is sharing the same data using their device.

Both competitors gave a hard fight for the top spot and taking every possible step to enhance and improve the security of the apps. In both of the cases, developers have the chance to build a secured space which is free from user profile data and helps user to install business apps. There are various tools such as VPN tunnels, and data encryption which also helps in securing the network data.

Mobile App Testing is an important process before the app is finally launched on the app store and goes live for the users. As far as testing of the apps is concerned, Apple does not leave a single margin for error on its end and is very stern on this parameter. All apps have to go through a tough test before being allowed to download from app store.

Both Android Operating Systems and iOS platforms have their advantages and disadvantage; but iOS remains unbeatable when it comes to security parameters. This is mostly because of the fact that Apple has always maintained the strictest of policies on downloading and development of apps, user interface and experience, app testing etc .