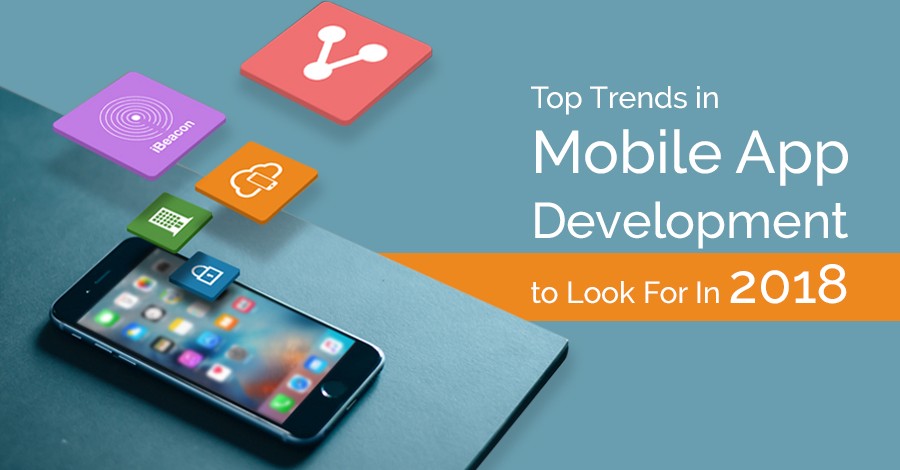 The past year was the year of app development , and this gorgeous trend will follow in 2018 also . Mobile is becoming the main streamline for any kind of business for boosting their revenue by customer satisfaction thorough launching of mobile app . Mobile app development trends is continuously changing as changing in the dynamically changing world , and each year comes with more cutting edge technologies . Lets look at top trends which are expected in year 2018 .

AI will leave its footprints in both  building techniques of mobile applications and enhancing their technical possibilities .AI has the capability to provide a powerfully technology possibility that they may have never seen before . Many of the startups are now a days being adopted by big companies like Facebook , eBay , IBM to get the best talent of Artificial Intelligence .

If you are little crazy about mobile app development trends , then you might be aware of the technology of AR and VR . Games like Pokemon go , myNav are great examples of these technologies and is gaining huge popularity among users . The technological advance of these technology is to influence customers in many meaningful way .

By using IoT technologies , things are actually getting more and more smarter . Although for developers , it involves a series of developmental process and backend infrastructure to share data with devices , but it is proven for being a great technology . By using this technology , data sharing and analytics will become easily and efficiently available for access from anywhere .

This the trend of mobile app development technology is increasing day by day , so is the question of app security , since it contain users personal data and lots of other information . Apps with built in security features will obviously do more in the market . The greatest example being to Apple programming language is being shifting from objective-c to swift , which is Apple’s own development language , thereby providing enhanced security features and UX design .

Best Languages For Mobile App Development To Watch In 2018

Apple swift code has already ruled out in the market to simplify the working of the developers , as swift being the Apples own developmental software for iOS and OS X . As per the recent study swift code is much easier than Objective-C  . Also Swift eliminated the possibility of technological vulnerabilities , that was earlier being arisen with Objective -C . Thanks to Apple for introducing Swift and making the life of the developers much easier in developmental process .

Java is most widely used programming languages in the world with the estimate 9 million software developers . Java is an open source programme which is easy to learn , reduce errors and makes easier to face challenges . For building on more common code on multiple platforms , Java is always a preferred choice .
Hope you like the above articles . In case you are looking for application developer , Winklix.com has gained the name in this industry to the top of the things. You can contact us now to get your next big app developed .