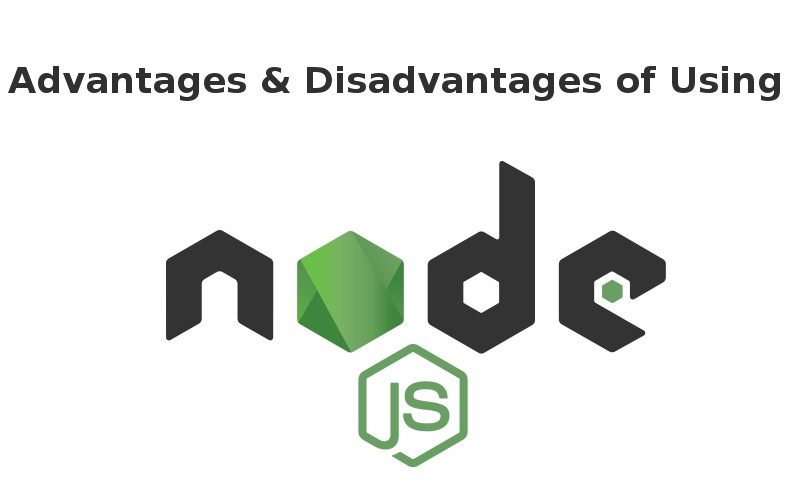 What Exactly Is Node.js ?

Node.js is javascript run time environment that helps in integration of Javascript code in server side . It is basically referred as a web tool for frontend development and is always proven beneficial for cross-development platform . It has also gained its popularity due to its development of real time application . In addition to above it can be used with other popular platform also like react native , PhoneGap , Apache , Native Script and more .
Now lets draw down some major advantages and disadvantages of Node.js

Node.js allows developers to scale applications in horizontal as well as vertical directions which is one of the biggest advantage of the technology .  The scaling of the application in horizontal manner is possible by just adding nodes to existing system .

As one of the world’s most popular programming language , most of the front end developer has good grip on this technology . It becomes much easier to learn in comparison with other technology and thereby consumes less time to work with it .

It offers writing the server side application in one single language , ie Javascript . This facilitates Node.Js  developer  to develop both front end as well as back end web application using runtime environment , thus making the deployment simpler all popular web browser support Javascript .

Another big advantage of using Node.JS is it facilitates mobile app developers freedom to develop apps and software . You can actually build the app right from the scratch using this technology  , which is not in the case of Ruby On Rails or other platform by imposing some limitation .

Getting Support Of Large And Active Community

Behind Node.Js , there are large number of active developers working to continuously improve this technology to next level . This facilitates well supported javascript programmer and ready to use code in GitHub .

We can say one of the key problem that developers might encounter while developing the API’s , it needs to keep on changing at frequent intervals and hence does not stay stable .
There may be times that new API appears wherein you have to work on number of backward incompatible changes , thus making it incompatible to match with latest version of Node.Js API .

Does Not Have Supported Strong Library System

Unlike other , it does not have strong library system . As a result developers are forced to use common available libraries for various orientation of task such as processing of images , handling database operation , XML parsing and more .

This programming model facilitates scalable application making.  However , many developers may find this usability difficult while comparing with linear blocking I/O programming .

The Node.Js has much more advantageous than the platform and hence its disadvantages goes in veins . What’s more important is that it extended the area of Javascript application and can be used by developer for both Frontend as well as backend development .  With passage of time , more business organisation are loving to adopt this technology and is contributing towards positive results .