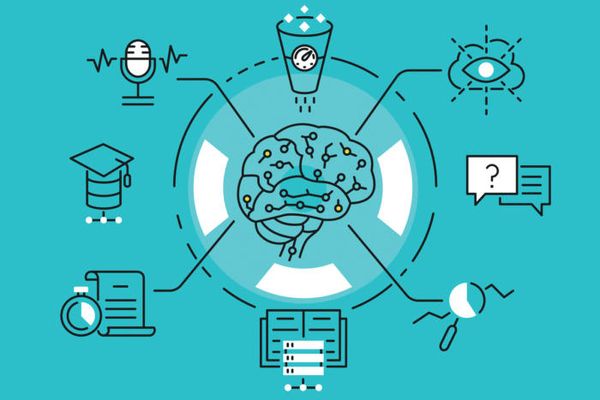 In past few years , we had been experienced many companies who finds ways to incorporate artificial intelligence (AI) in they systems . As being one of the emerging technology , AI exploration has bought about sub concepts . AI as a technology which concept is machine learning in which  computers has ability to learn without being programmed for it .

As this article is about Machine Learning (ML) , the question that arises in everyone mind is what exactly is machine learning (ML) ?  In simple terms ML is known to be subset of AI wherein computer algorithms are being used which has ability to learn automatically from data and information , even without being programmed for it .
So computers learn data and information on the basis of algorithms which aids them to build predictive models on the basis of observation . ML is being used for prediction and not perfection which are good enough to be useful .
Nothing in the tech world is simple and the same exist with machine learning . ML concept totally depends on how much data is being provided using supervised learning , unsupervised learning and other types of learning . Their type of learning is based on the information it’s fed labeled or not .

But the question arises how will an ML enabled device undergoes training ? The amount of training initially depends on how much data system is providing initially . ML concept can’t do anything without presence of data , but how much data is to be initially provided to the system ? Before going any further about why to use ML and other stuff , lets get into details about what exactly they are .

Supervised learning is one of the process of ML wherein we can say system is provided with data (x) by defined algorithms and in respective of data x output (y) is also labeled . Due to correct labelling of input and output data , system gains capability to recognise pattern in data with algorithms . This enable system to do future predictive analytics on the basis of correct labels . The reason why it is beneficial is it is being used to predict outcomes based on future inputs of data without any human interface .

In unsupervised learning , although data is getting fed into the system but outputs are not labeled like in supervised learning . In this data is being observed and determined as per the predefined patterns , and data pattern is no where recognised . These system of ML concept is being used in social media platform wherein your friend who had been graduated from X university and have taken degree in Calculus , and you are being recommended on social media platform on the basis of your interest to follow this friend on the basis of demographic data .

Reinforcement training is very similar to unsupervised training . In this as the system is not labeled , so the system is left to create its own pattern . The reason why reinforcement is being categorised as different from unsupervised training is that when correct output is produced , the system is guided that the output is correct , thereby allowing system to explore full range of possibilities . If you are one of those Spotify user , you make thumbs up and thumbs down on the songs you like and dislike , and at this point they suggest you songs on the basis of music taste you are having by using concept of reinforcement training in ML .

Well , have you have thought of why machine learning is on high phase ? Well the answer being it is next generation solution in achieving concept of artificial intelligence , and is one of the most achieved things for developers . ML gives apps superpower to improve on the basis of users inputs , without intervention of developers . As it has ability to auto learn , it also saves the time of developers and helps enhancement of user experience by suggesting user what they want . When we talk about machine learning , there are two significant concept , the very first being image processing and the second one being predictive analysis .

Image processing is being commonly used application of ML , which we all have experienced . Supervised learning concept is being used to recognise objects in image . In this we give turning to machine to recognise what we desire . For instance a machine is being trained to identify set of labels in image and once machine takes on the image will labels different objects in the image and provide their input accordingly . Apple’s Face ID feature is perfect explorer of this technology wherein apple tired to initially recognise your face from different angle and later on can analyse your face stored in data to perform multiple task

The most popular category of ML is predictive analysis , which makes use of historical data to predict  or recommend your future data . No matters whether you are using Android phone or an iPhone , your phone now a days suggest you text which you are writing . That is predictive analysis of work . They usually recognises pattern of the words you use and then provide for suggestions for future responses .
Predictive analysis is being used across all industries to recommend customers what they desire of . E-commerce uses this technology to suggest buyer with commonly purchased item , wherein social media used this to recommend people whom to follow .

Machine learning is a very huge concept which has not been blasted in the market so well till now . Right from social media recommendation to recognition of your face , it is being used everywhere which has impacted our life in positive way . At the same time developers are also gaining better understanding of what users behaviour are and are able to deliver the things accordingly . ML also facilitates users with sense of next level security . In case you are willing to take your product to next level , task with one of Winklix product manager to identify ML and suggest best solution for you .