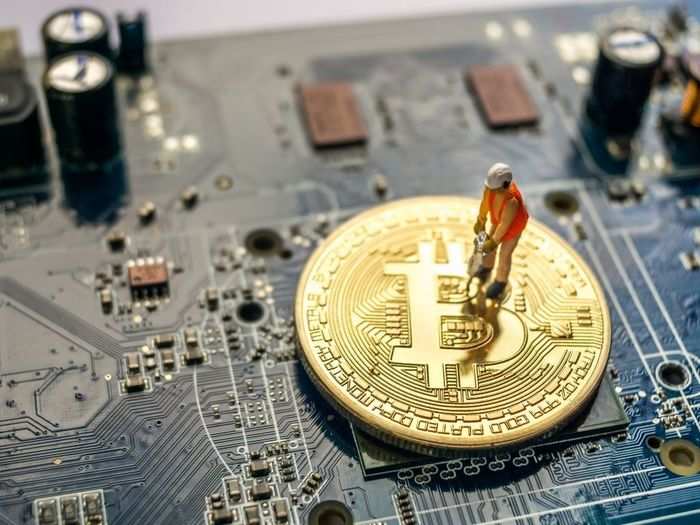 Since its introduction in 2009, Bitcoin has been fairly popular among modern investors. Given that bitcoin has a straightforward operating method and that investors do not need to be gizmos or tech fanatics to grasp how it works, bitcoin attracts a varied range of buyers, including technical specialists, high-end investors, and everyday people. By creating an account on the Bitcoin network, one can simply transfer bitcoins to someone in any part of the world.

What exactly are Bitcoins?

Bitcoin is a decentralized digital money that is created, circulated, traded, and stacked using a record system known as a blockchain. Satoshi Nakamoto, a pseudonymous individual, launched the cryptocurrency in January 2009. Bitcoin was the first virtual currency to make a splash and become extremely popular due to its low transaction fees when compared to other online payment methods.

What exactly is Bitcoin mining?

Bitcoin mining is a method that allows new bitcoins to enter the market by solving exceedingly challenging computational math problems with high-end and sophisticated computers. The procedure is painful and costly, but it has attracted many investors because they are rewarded with crypto tokens with enormous value.

How can I get Bitcoins?

The key motivation for people to mine is the payoff in the form of Bitcoins. However, mining is not a one-stop-shop for acquiring bitcoin tokens.

Bitcoins can be purchased by exchanging traditional currency.

You can exchange them for another cryptocurrency, like Ethereum or NEO, on an exchange platform like BitStamp.

Some online platforms and shopping portals reward users with bitcoins in exchange for blog entries and purchases.

Users compensate bloggers with a proprietary cryptocurrency known as STEEM, which can be sold for Bitcoins, on crypto blog platforms such as Steemit.

What Rules Apply to Bitcoin Transactions?

Regulating and examining Bitcoins is a difficult undertaking because the money is decentralised and cannot be managed by a government or a central bank. As a result, miners are generously compensated in order to motivate them to execute the twin function of mining and administration. They also serve as auditors, analysing Bitcoin transactions and putting an end to the double-spending problem.

What exactly is double-spending?

It is a one-of-a-kind concern that is solely tied to digital currencies, with blockchain knowledgeable persons simply duping digital information. As a result, the owner uses the same Bitcoin twice.

Bitcoin miners examine each transaction to determine if any Bitcoin has been used twice. Miners are reimbursed with Bitcoins when they complete the verification of 1 MB worth of transactions, often known as a Block. Depending on the extent of the data utilised by the transaction, these 1 MB transactions can be single or many.

Satoshi Nakamoto set the 1 MB restriction, which has been a source of contention ever since. Why? Miners believe that the block size is too small, given the time and work required to validate the complicated transactions.

Not every person who verifies transactions will be paid. This is determined by two factors:

Proof of Work (PoW) is a method that requires a significant amount of effort to investigate malicious computer activity, such as sending spam emails or providing false services. Hal Finney expanded the approach to digital money in 2004. Bitcoin is the first sophisticated implementation of Finney’s PoW principle.

Mining not only enriches miners’ pockets, but it also promotes the introduction of new cryptocurrencies into circulation. Mining is the sole way for new Bitcoins to be created. According to coinmarketcap.com, there were around 18.5 million bitcoins in circulation in November 2020.

The first Bitcoins were mined from the mother block (genesis block), which was the first block created by the founder. Miners helped to circulate every single Bitcoin mined from the genesis block. Without these miners, the first Bitcoins would have merely been a working network with no way of bringing in new ones for transactions. Furthermore, analysts think that mining Bitcoins will eventually cease due to the decline in the rates of mined currency, and that there may be no Bitcoin in circulation until 2140.

However, miners will continue to scrutinise transactions in order to pay miners and keep the Bitcoin network running.

Previously, one could mine bitcoins on an ordinary home computer. Unfortunately, due to the increasing complexity of Bitcoin mining, this is no longer practical.

Before diving into Bitcoin mining, miners must examine a number of variables. While mining equipment and electricity use are costly, the returns are enormous. This is what attracts so many miners to the Bitcoin network. The likelihood of a miner solving a hash puzzle first is directly related to the network’s mining strength. Miners with a higher mining power percentage have a better probability of solving a block independently.

What exactly is a Mining Pool?

Miners with limited mining strength may be unable to solve a block on their own, resulting in a loss. Mining pools may be able to fix this problem.

Third companies operate and maintain mining pools. The pool is made up of a collection of miners who are coordinated by third parties. Miners split the costs and earnings amongst themselves. A pool has a better chance of solving a block than an individual miner. The flow of bitcoins in a mining pool is consistent and begins when the miners are turned on.

The Dangers of Bitcoin Mining

The biggest challenges encountered when mining Bitcoin are financial and legal dangers. As previously stated, the equipment employed is pricey, resulting in a significant financial loss if not compensated.

Certain governments have outlawed the use of bitcoins. Miners should think about their region and its legal stance on Bitcoin before diving in.

The mining process has an environmental impact because the equipment consumes a lot of electricity and leaves carbon footprints.

For the time being, mining bitcoin is all we have.

If you want to learn more about blockchain technology, we recommend consulting with Winklix as your Blockchain Technology experts.