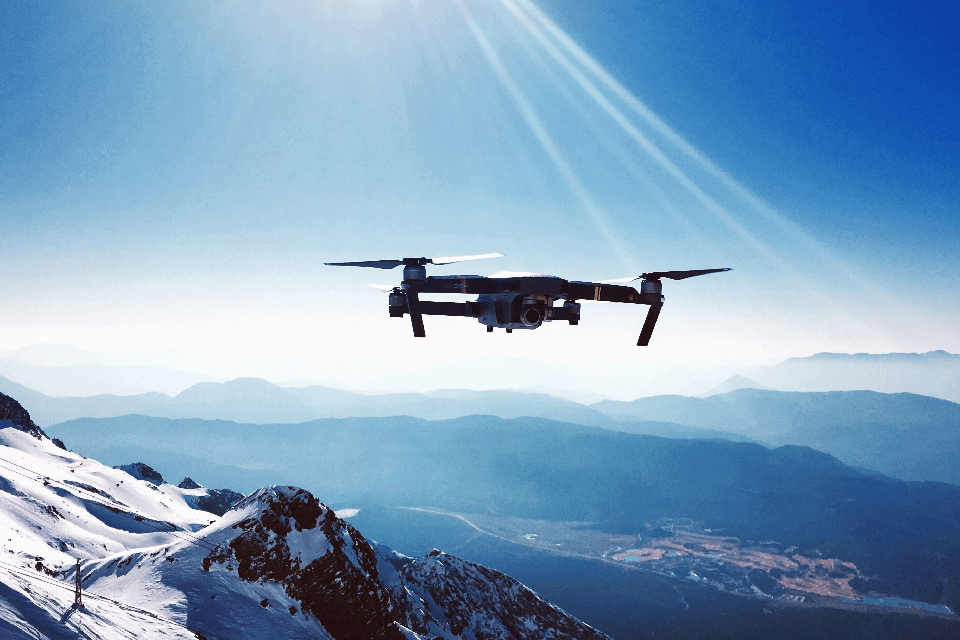 Drones has opened the whole new doors for previously unavailable opportunities . When we talk about drones , the very first things that comes out in mind is drones fly in air , however that is not the case in present scenario . Drones are also available on ground as well as under water . With over decades of experience in custom software development , we have defined unique software architecture defining set of features for modern drone apps , which aids in defining trends to shape future of drone software development .

Industries Where Drones Are Used

Drones are gaining huge popularity worldwide . As per the recent reports by Goldman Sachs , following below industries will be faster adopter of Drones :
Construction : Drones can we well used in construction industry for building surveillance , creation of contour maps , building roads and railways , counting construction supplies and so on .

Oil & Gas : Monitoring as well as laying of oil and gas pipeline .
Disaster Management : Quick view of areas affected by natural disaster and thereby informing rescue team about damage , food supply and so on .
Logistics : Checking of inventories , delivering of packages by Drones and so on .
Security : Monitoring of boundaries , enhancing security at crowded place .

Cloud based drone control platform is being used for storiation , analysis and processing of data . Cloud platform is necessarily required to create 3D maps creation , computer vision as well as paternities recognition .

In order to make your drone app a huge success , we would like to suggest paying attention to following development aspects :

Features For Safe And Convenient Work

There are some basic set of features which should be included in the application like :

User app can offer additional set of features to extend its functionality depending on the usability of the drone .

Drone software has to follow certain standards such as DO-178C and ISO 14508 in a way that code architecture , coding and integration process , review and testing as well as management should be well organised .

Drone software should be made in a way that it is compatible in case of number of user data increases as well as should be ready for accepting new feature and Depp customisation . The best way to optimise way is to use latest pattern for application architecture .

Integration With Other Systems

Drone system should be made in a way that it can be integrated with enterprise system . For instance say logistics system for delivery services etc .

UI should be made in a way that it becomes simple for user to control drone . It should be made easy right from drone flying process to accurately conveying analytics results .

What Does Market Except From Drones In Near Future

The near future except more of a kind of automation in drone capabilities . They will derive from :

In addition to what has been listed above , improving data collection and analysis will be first priority . User require more sophisticated pattern recognition for enhancement of 3D modelling , image process and analysis , deep learning and other direct correlation with modern enterprise drone usages .