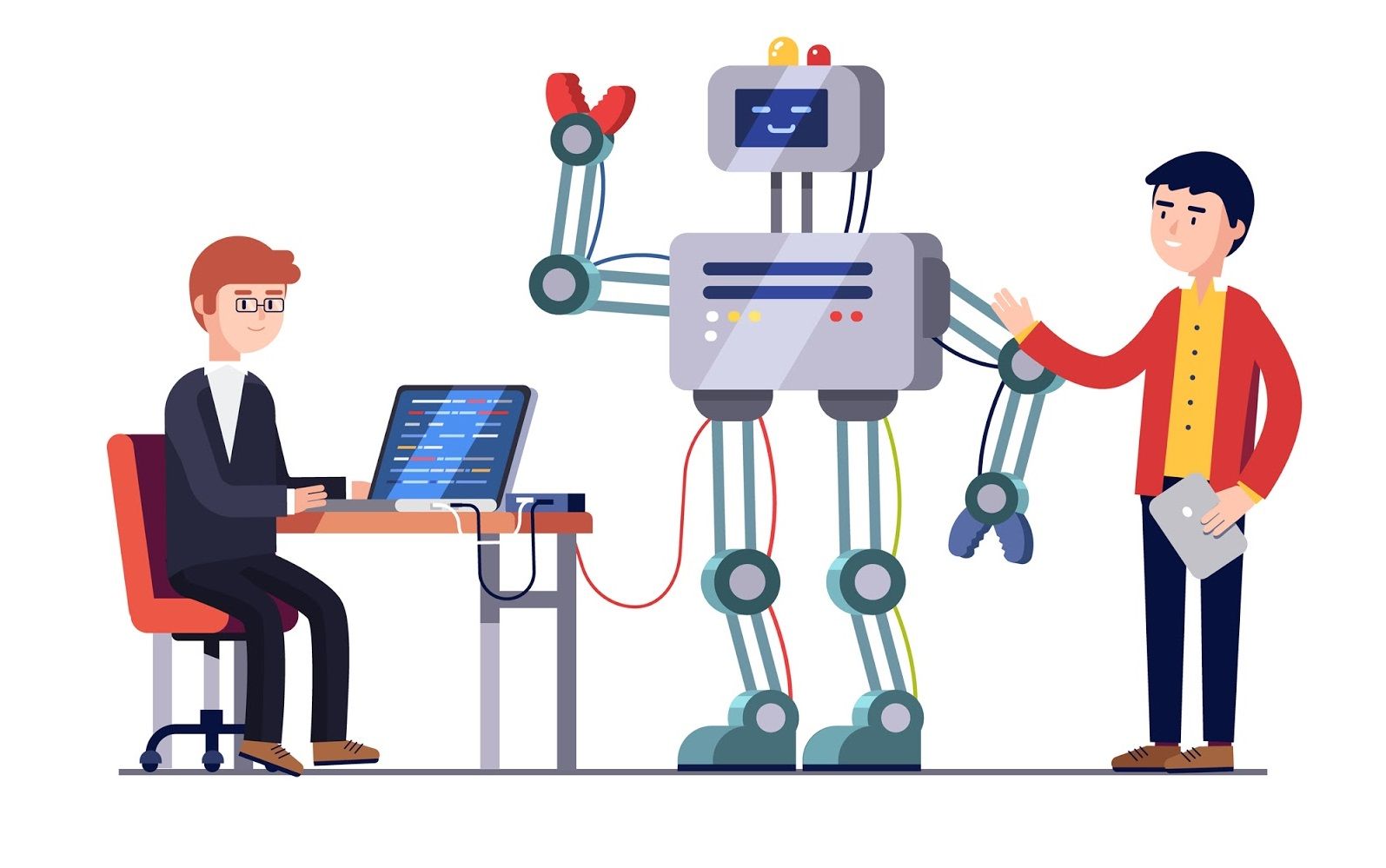 It’s safe to assume that by now, everybody is well aware of AI and its potential adverse effects on humanity and it’s been on everyone’s mind for quite a while. We thought it would be a great idea to explore more pragmatic and short-term implications of AI, like how it can improve some facets of our professional lives. Namely software testing.

There is now a body of research published throughout the last few years that AI is soon to become the “hottest new thing” in software testing. It is projected to improve the work efficiency of QA engineers all over the world and help them overcome the standard issues commonly associated with their field.

In this article, we want to explore the ways AI can improve software testing and why you should stay tuned for the innovations in this emerging niche. Let’s dive right in, shall we?

While philosophers are still debating whether humans possess free will or are purely deterministic beings, it’s essential to underline that there’s nothing deterministic about the algorithms that govern the decision-making of AI. This is a crucial complement to software testing.

Most probably the best document published to date on the non-deterministic character of AI-assisted software testing is the “Test Automation for Machine Learning: An Experience Report,” posted by Angie Jones, a senior software engineer at Twitter.

AI has the potential to considerably impact the amount of time developers will have to spend on tasks like writing scripts and analyzing massive datasets. AI can replace developers on tasks like sorting through logs, thus allowing them to make a broad spectrum of processes less prone to error and executing these tasks much faster.

Obviously, various test methods have their own shortcomings. When it comes to manual testing, even the most sophisticated software demands very straightforward and even simplistic approaches to testing like, clicking individual buttons in a particular order, ticking certain boxes, and so forth. While this type of testing is undoubtedly essential, it’s also known for being very time-consuming.

AI allows tackling this issue on both ends by eliminating unnecessary distraction on the developer’s end and skyrocketing the quality of the manual test. AI-powered tools can thoroughly analyze the log files, which will allow to considerably increase the correctness of the manual tests.

Predicting bugs before they arise

The MIT Technology Review has briefly covered Ubisoft’s AI tool that is designed to spot code errors, allowing developers to detect issues at the earliest stages of game development. As you may have anticipated, they’re doing this in order to minimize the costs associated with bug fixing.

Identifying bugs is a demanding task, and Ubisoft reported that it could often consume 70 percent of the budget for a game that they’re working on.

The AI is trained to identify certain lines of code that were previously associated with bugs in previous projects and immediately flags the problematic parts of the script.

This type of tools is expected to become much more widespread, allowing to minimize human error before it can have an adverse negative effect.

There is now astonishing demand in the tech industry, which underlines the importance of exceeding your clients’ expectations, in order to stand out from a large pool of competitors.

We asked Jeremy McCoy, the head of marketing at IsAccurate and Grab My Essay how artificial intelligence can improve a business’s approach towards their customers’ requirements. Here’s what he had to say: “AI can have an impressive contribution in providing your customers with impeccable services, along with being able to use its predictive capabilities to understand what drives your clients, what their next steps are, and more importantly, understand what they actually need. This will allow you to be a few steps ahead and build a strong partnership with your clientele.”

The later bugs are identified, the greater the financial toll they’re going to have on the development process. As we mentioned previously, the predictive capabilities of AI allow teams to identify bugs at the earliest stages of development and massively reduce the costs of these errors.

A study published in the Journal of Information Systems, Technology, and Planning, called “Integrating Software Assurance Into the Software Development Life Cycle,” reports that dealing with a single error after the product’s release can be as high as four times more costly than in the design phase. The same study indicates that it can be a hundred times more expensive at the maintenance phase. Here’s a figure published in the above-mentioned paper:

AI will enhance our roles

AI will also have an impact on the “shape” of the work we do. At this point, we can only speculate how exactly the QA roles associated with AI will be named, and the spectrum of their responsibilities. However, some companies have already started thinking about how AI will impact our job descriptions.

For example, the World Quality Report that we mentioned above considers that it is most likely that we’ll be seeing more of the following new roles:

The reason we’re still not entirely sure about the way these roles will crystalize over the years since these phenomena very much depend on many external factors. Maria O’Neil, an HR manager at Studicus and WoWGrade, told us that many conventional IT roles today have evolved to their current form over time, and will continue to shift shapes. Like UX designers, for instance. While this role was an inexistent 15 years ago, it’s slowly starting to morph into other, newer ones today, such as Product Developer, and others.

There is no doubt that we’re now living in a perpetually evolving world and our job descriptions mimic the technological progress we’ve embarked on. Artificial Intelligence is certainly a central factor when it comes to changing the way QA engineers will be working in the years to come. A new era, where the efforts of Quality Assurance engineers are intertwined with AI, will most certainly bring us more efficient and accurate software testing.

It’s time to buckle up.

Dorian Martin is a frequent blogger and an article contributor to a number of websites related to digital marketing, AI/ML, blockchain, data science and all things digital. He is a senior writer at Supreme Dissertations, runs a personal blog NotBusinessAsUsusal and provides training to other content writers.