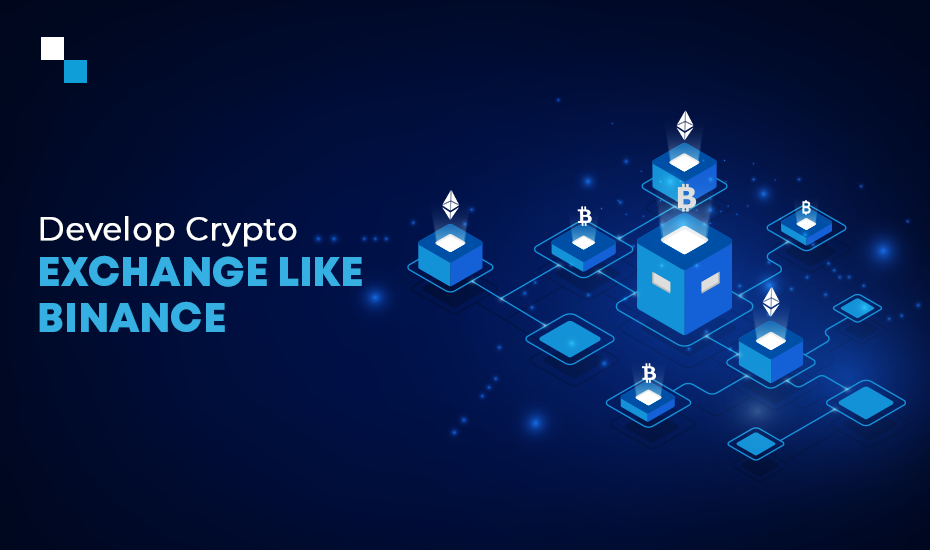 Since the creation of Blockchain Software Development in 2008, this technology has been successful in making a wide impact across the Internet. Since then till date, many companies across the world have been working towards incorporating blockchain into their business.

In 2008 the pseudonym was invented by an individual or group of individuals known by Satoshi Nakamoto, the blockchain was initially dedicated to bitcoin cryptocurrency. Since then, technology has seen many applications in other fields as well. In this article, we will explain how a cryptocurrency exchange is created, what are the main features of such a platform and what are the 5 stages of your future crypto exchange.

Before deciding how to create a cryptocurrency exchange, it is worth considering how the most well-known crypto platform was built. Firstly, It is mainly important to mention that blockchain, by and large, has become a publicly available, worldwide database. This not only allows anyone in the world to add information to it, but it also makes it indestructible by spreading this information across the network. Data is not stored on a particular location or server, it is distributed everywhere which makes it immutable and more secure than the limitations of any technology that existed before the blockchain.

Further, it is open-source software, from which you can also create your own blockchain. The system is decentralized and cannot be controlled by any one party in the world. Also, editing previously submitted data is not impossible, at least not likely to happen. This has been achieved due to the fact that to optimize any information, extremely powerful computing power is required, and if bitcoin is compromised it will lose its value.

Blockchain for a common user, the use of blockchain in most areas of life does not make much difference. However, there is one area where this technology has gained the most popularity. Following the invention of blockchain as well as bitcoin in 2008, development of other cryptocurrencies began around the world. At the moment, there are about 700 digital currencies all over the net, although not all of them are super popular.

A lot of people started wondering how to start a bitcoin business or something like that (because bitcoin is illegal in some countries). Exchange resources for dealing with such a large number of currencies began to appear. While there are already dozens of exchanges available in the market, they differ by the number of currencies they allow to trade, their commissions, limits, etc. One of the biggest recent upsurges on the cryptocurrency exchange market was Binance.

Binance is an early Chinese-based company launched in the summer of 2017 by a group of highly experienced experts. It is now headed by its CEO Changpeng Zhao. He previously worked with Blockchain.info in Bloomberg as well as in the technical department and thus, was able to build a very strong team for Blockchain app development.

The company has launched ICOs and its own tokens to get things started with cryptocurrency trading software. Initially, it was easy to provide information via whitepaper before China issued a ban on token fundraising, they managed to reach their fundraising goal by mid-September. The funding round raised millions of dollars from venture capitalists.

The launched Binance Coin (BNB) was announced to be released with a limit of 200MM and to demonstrate the possibility of later use within the company for internal service purchases. Binance has also stated that they will eventually buy back half of the tokens issued and destroy them. Currently, ICO has nearly completed its course, exhibiting an impressive number of over 40,000 token holders.

Legend of Binance Take off

Binance is a fairly new player in the digital exchange market, but is already valued at around $ 2 billion. What was it about Binance that attracted so many people to start working with him? First, a clear and transparent idea generated by a highly skilled team with experience in exchange trading. Secondly, a large number of initial coin listings compared to other companies in the industry, as well as much lower trading fees. Each trade conducted from a user is charged only 0.01% and small fees are also charged for currency withdrawals.

Within 6 months, Binance managed to become a highly profitable company with around 3 million users globally and around 100 digital currencies in business. But that is not all that makes Binance different from other exchange companies. In addition to currency exchange, Binance has also created some unique services such as “Gifto ” and “Launchpad ” token sale programs for virtual gifting. They also provide support and guidance for new startups, including but not limited to listings and even cryptocurrency funding.

The cryptocurrency exchange market has proved itself highly profitable if approached properly. The number of exchange platforms has increased but the quality of services of some resources may still be a question. Given that cryptocurrency exchange rates are not regulated, they have risen to unimaginably high levels, however, there is no guarantee of their staying there. On one hand this huge hype around the question of “how to create a cryptocurrency exchange” makes this market quite competitive.

But the more the market develops, the more trust is gained from users, and the more benefit it gets to those who know how to work with it. This is why creating a high quality cryptocurrency trading app is a wonderful idea. So, let’s take a look at what you need to pay attention to starting a cryptocurrency exchange service through the app:

A signup or login page is the first thing a user will see, but its main point is not only after registering people but to protect the system from any unauthorized login, hack attacks, or any other type of manipulation. For this reason, this functionality must be very well developed and conform to the highest standards. In addition to the normal login / password combination, there is also 2FA to provide additional security for users.

One of the reasons why the crypto exchange market is so trusted among users is that every user is fully verified. Depending on the type of verification, verified users usually have more possibilities. For example, clearance limits for verified users are higher than non-verified ones. Verification is important to ensure transparency of trades and reduce the possibility of scams.

This feature allows merchants to deposit money into the internal wallet shown by the cryptocurrency exchange software, as well as withdraw money to the wallet outside the software according to the limits set by the company.

Each user should have the possibility to buy or sell currency to other users in the system. It is very important that all trades are happening rapidly and without any system error. There should be many possibilities for creating order in the system so that users can choose the time which is convenient for them.

A very useful feature that allows various graphs and statistics to be created for better visibility.

With the help of the admin panel, the employees of the exchange company will be able to monitor trades based on their access levels and manage the actions taken on the exchange.

These are only the main features required for any application of this type. There is much more to be implemented not only to make the app usable but also to make it safe and user friendly.

Recently, the development process of most applications has been divided into aspects that are handled separately. Different aspects are usually developed by different teams in collaboration with each other. Such moments may include an API, web interface, and more. Their number and variations depend on the complexity of the application. Exchange trading systems such as Binance will require attention to the following app-building aspects:

This is the first thing for the client before they start using the application. To develop a harmonic design combining both beauty and utility, we recommend you follow trending best practices and keep in mind the requirements of the product. Design construction consists of the following steps.

1. Wireframe: the basis of future design where its key features are implemented.

2. Prototype: Detailed visualization of user interaction with the application that allows for potential UX-related issues to be prevented.

The web part of the application contains client-side logics of all the pages of the website and is based on a previously designed design. Front-end developers typically design by using HTML, CSS markup and JavaScript programming languages, including the Angular.js, React.js, Vue.js frameworks.

5. API which could be used by third party organizations

The part that is responsible for the actual processing and storage of data related to trades between users in a secure environment (any change by either party is impossible for the blockchain).

An essential part of modern application development. This is extremely important as it allows to isolate and eliminate most bugs within the UI, along with the logic before actually launching the application.

Since the application is storing sensitive information of its users, it has to be properly secured to prevent potential data leaks and hacking attacks. We recommend securing user information in the following way:

Encrypted data is exchanged with the help of the latest algorithm SHA-256, which is currently impossible to hack. This generates a hash – a unique signature of the text that changes each time the initial message is edited. This allows checking whether the sent hash matches the received one, and to find out if the data was edited. Since the hash is not encryption, the original message cannot be decoded

Given the popularity of crypto exchanges all over the world right now, it is understandable why more and more people are incorporating themselves into these systems. Digital currency exchange offers great opportunities for both those who are familiar with the market right now. Are happening and who already have a very good experience. But the market still has some limitations depending on the country or the currency provided and it always means growth potential. Creating a high-quality application for your own cryptocurrency exchange company can bring you great benefits in a very short time.