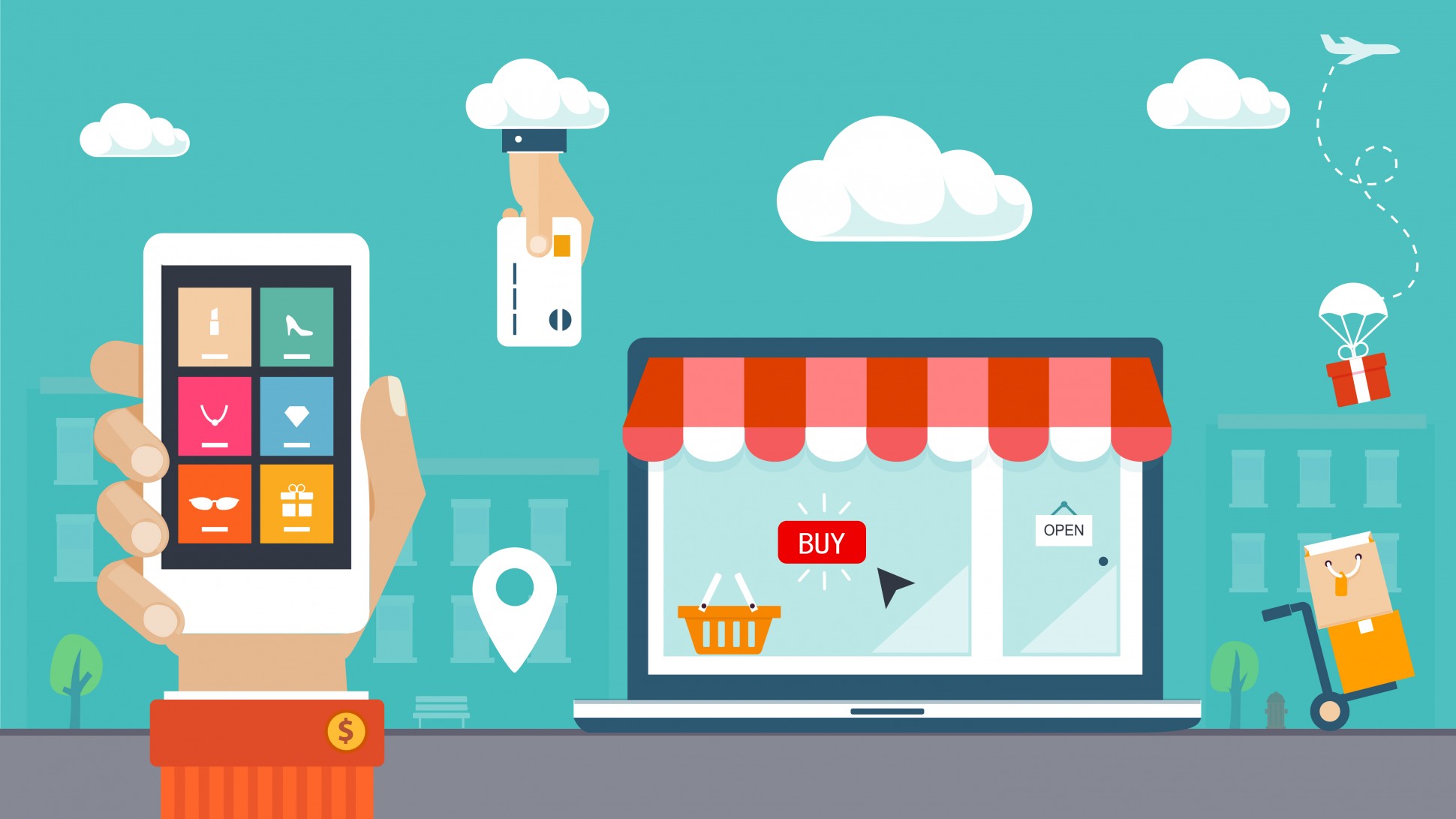 The expected app economy will be near about $ 6.3 trillion in next five years .Yes you heard it right , its trillion !! This tremendous growth is because of fast culture adaptation by user of ” m -commerce ”  . The expected consumption by user on mobile e-commerce will be $946 on an average each year . So in keeping in mind with the above factors , its essential to make an amazing user experience mobile application , in such a way that your apps get differentiated  from your competitors with far and way the best app experience .

Market condition has changes a lot , after mobile e-commerce has taken step in the market , which is a revolution for boosting the sales for retailer . A refreshing new app will breed loyal customer for you , meet the desired of user , and thus open up your services to boomers . All you need to choose is right team , and that can turn your capitalisation into right app .

Ready for the taste of what is to come ?

You Can Really Earn Through Mobile Commerce

The idea that by offering a paid app in app stores , you can earn is totally a myth . In app purchases are seems to be more profitable – you can purchase anything , you can book a ticket , taxi and so on . These are called m-commerce apps . Uber , Flipkart  they all are m-commerce .

Winklix can help you build the best features that suits for business and brand goals .

Since transaction are getting digitalised , somewhere away from a shop at fixed location thorough m commerce , you can somewhere take the benefit of the same , if applied in efficient way . It can be found in various forms , from Taxi e-hail apps to travelling to shopping apps . Mobile commerce allows user to purchase from vide range of available products .

There are endless features when it comes to mobile e-commerce , for startups we can suggest the one listed below :

So still confused what are these features .This is the point where our roles comes in .Winklix has professionals who will deeply analyse what is your approach of your business , and what solve’s your user basic needs . Rather than focusing on all the things , we keep focus on a smart strategy to build awesome app by using which user will deeply fall in love with . Mobile commerce does only allow your customers to shop , rather it also shows larger experience through online exploration .

Winklix is global leader in designing and development of mobile application , particularly e-commerce apps . Our main business aim is to help companies by using the best tools and languages to develop the mobile applications . We take it as a challenge to make every app unique based on your concept . Starting from wireframe to design and then development , we do it all . Our offices spread over New York , Chicago , London , Mumbai and Delhi , our global presence helps us to deliver successful apps and rising trends .

The mobile app trend is increasing day by day , and it is expected to be increased to $ 40 billion by 2019 . So its the time to invest in m-commerce app for your business .
We don’t only focus on putting your application on app store only , rather we want your app to be featured . We often see business create strategy to develop it , rather than creating an strategy for monetisation .

What is Next For Mobile App’s ?

In case you are willing to attract more customers , M-commerce is best way now a days . The main benefit of it is , products and services will be instantly available to customer .
We are passionate about taking a new challenge , as being working in app industry we have to every day is a new challenge to us . Winklix can deliver you the amazing experience . Say hello today . 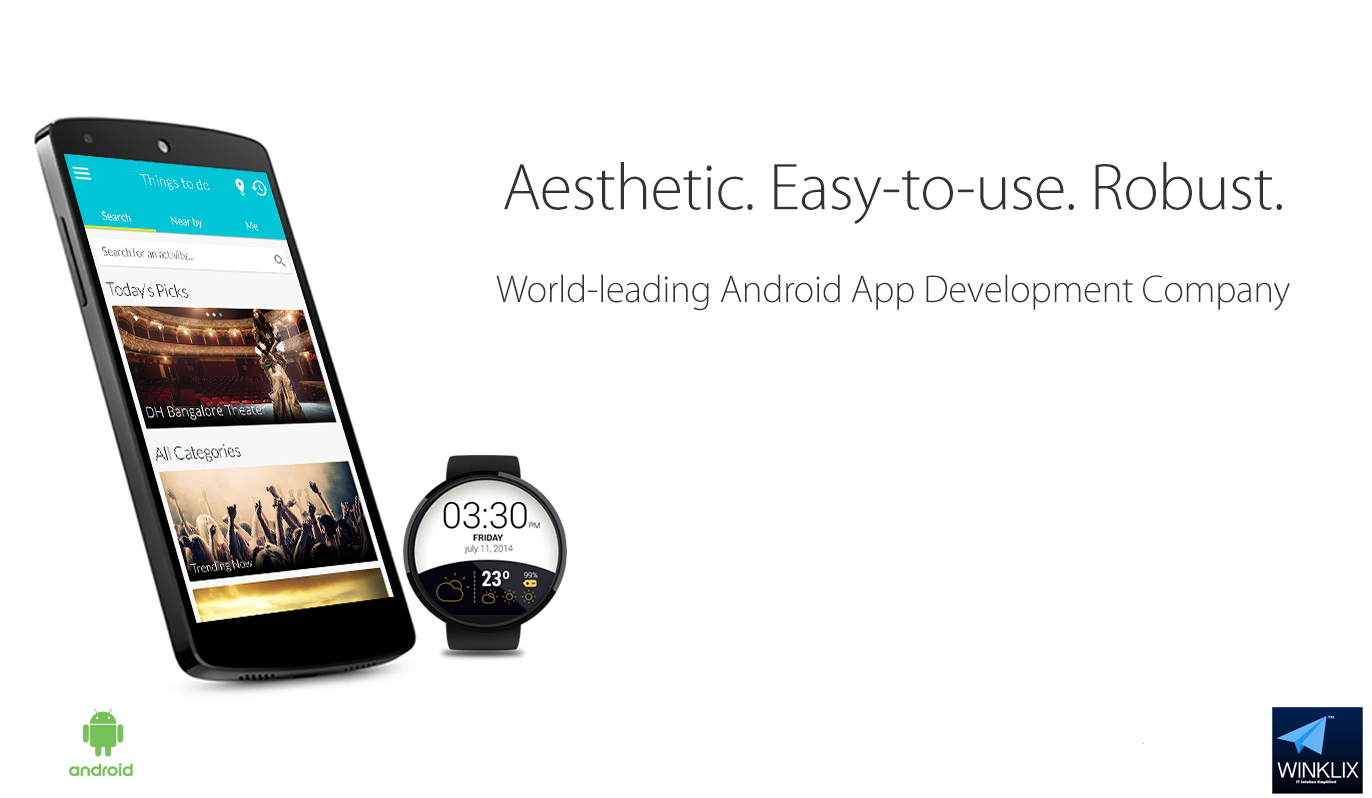 Winklix is mobile app design , web design and web development company with offices in Delhi , Mumbai , Pune , New York and London .Our headquarters are in Delhi , so we take pride in understanding trends in design and fashion industry . We are innovators with a power of design in such a way that it inspire everyone and sets your app apart ahead of your competitors .

Our team is ready to breaks any rules for delivering you awesome and bold design . We knew it better than anyone else of what user desires and needs , and this comes in our blood from our years of experience . 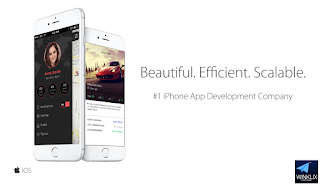 A Experience Worthy For Customers

Many of the recognised big companies and established retailers have believed in Winklix , to deliver them an awesome shopping app . We work with Gunas New York , to create an amazing user experience .

Our developers and UI/UX designers works round the clock with experienced persons to deliver you an amazing mobile commerce experience .

The fashion app industry is still a young sector in never ending world of startups .We at Winklix believe in developing fashion and clothing app above all other apps in the market , thus leading ahead of all your competitors .

The mobile app industry is predicted to reach $ 6.3 trillion in 2021 , and this means app industry will continue its massive growth .Developing a fashion app is not just a project for us , we will put our sole and hearts to deliver the best app , so that business can actually survive in the market . The tremendous growth in app industry is shown due to in app purchases , Apple store contributing the largest share .

We try to bring the unique design in app with digital transformation , as we know nothing derives more than an online sale can .

Fashion Tech Can Help You Scale

Many startups has used mobile app technology to scale up their fashion tech business. According to our believes every business brand must find ways to connect directly with their customers rather than let their distribution channel defines them .
In 2017 , mindset of the people has changes a lot , more than more retail brand are rushing towards online stores to better showcase their product with their vide ranges .

What Can Winklix Do For You ?

Every industry is trending towards a delightful , seamless mobile experience , and we have a in-house team of beauty parlours professionals who know how to harness your app in best possible way .You just have to name a category of applications and Winklix has developed it for you within 4 weeks time frame .
Interested in getting in touch with us , contact us today .

With continuously increase in mobile application ,  the need of maintaining and upgrading the mobile application is also becoming the mandatory part as technological updates are regularly knocking the ways . What we follow as a mobile app development company , is that job of the developer and client get over once app is published on the app store .

After that client focuses on promoting the application and thereby increasing the number of downloads . But wait a minute , oh ho , the worlds 2 most famous platform releases an update every year . Android and iOS release a update every year enhancing their technology and giving some better ease of using technology in better way .

As a mobile app developer , regular updation of mobile app is necessary to give your user trouble free operations , additionally regular upgradation of app will help you to easily cope up with latest technology , and keep your app up to date .

We are aware that both Apple and Android , updates their operating system on regular basis to modify their technology . We may have seen that few apps gets disappear after release of new version , as they do not support the new version .
Apple has launched iOS 11 yesterday , and the apps which are based on iOS 10 will disappear as soon as user update to the latest version of iOS . Same is the case with android versions of phone , an Google launched Android Oreo 8.
Both Apple and Android launches beta version before final releases is schedules to be launched .Our team helps clients by providing proactive audit to user when beta version is available .

Things to keep in mind before you update your app

Software Libraries Improvement
Our software developers are capable enough to cope up with pre written code , configuration , and routine .The developer updates or improve it .
Update User Interface(UI)
The design that you have made  a couple of years back ,  might not looks good according to present scenario . So it must be updated with time and should be made in a way that it can attract customer , and stand out of the crowd .
Better User Experience (UX)
In order to rank on the top five apps in app store , user experience become more than necessary part in deciding which app to get downloaded in phone .
A better user experience will derive you more traffic and high rating from user  , thus famousing your app side by side .
Technical Enhancement
Always try to be on the upper side of the technological advancement , to be on the top . This will keep your app bug free and error free .
Conclusion
It’s now almost clear that your app maintenance is extremely important , in case you are willing to succeed in app market . You will be liable in case user uninstalls their app , due to crashes or technical problems .
You can get in touch with our developers to help you with app maintenance in cost effective manner .
Winklix.com is leading app developer having 200+ application already developed .Contact us now !