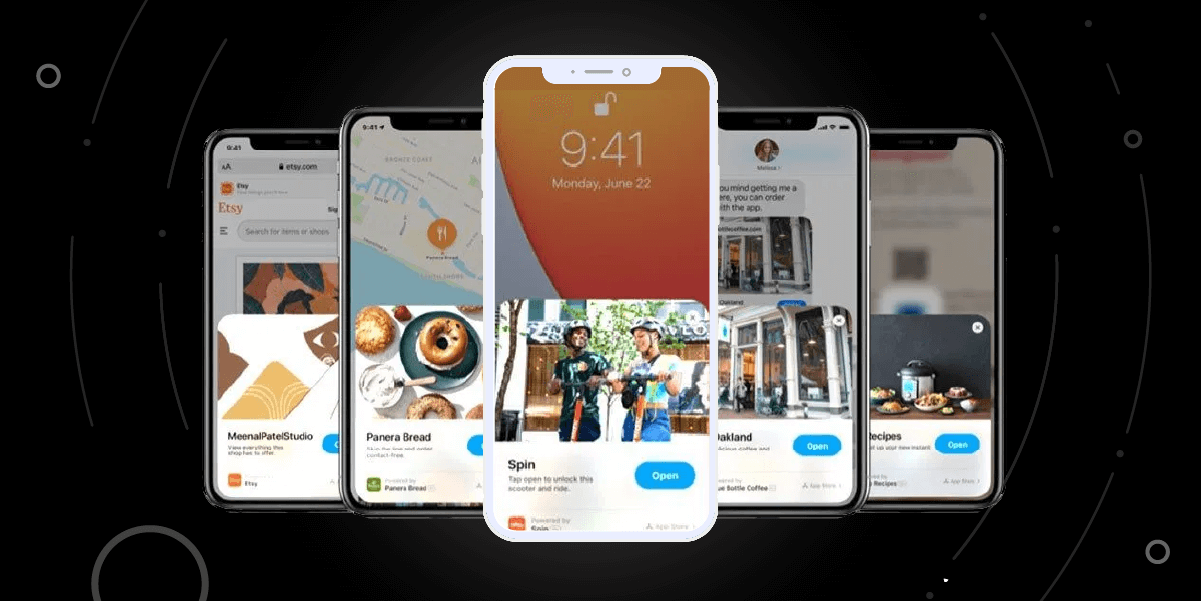 Apple WWDC event had came to close last week , but this time only digitally . Apple has announced several new and important updates which will surely shake up mobile app development . Let’s quickly look at what all has been announced :

As expected Apple has launched its mobile operating system -iOS 14 . In iOS 14 , Apple focuses more on proving personalised experience and convenience to users of their phone . Apart from it , new widgets and App library has also been launched for enhancing user ability to personalise things .

The very first update that user will find in their iPhone is its App Library , which will have capability of auto shorting of mobile apps on the basis of their suitable category so that user can easily navigate between then . For instance Facebook and Instagram will list under social media tab whereas Apple TV+ and Netflix will list under entertainment category .

User will moreover be also provided with widgets which they can freely move around their home screen in iOS 14 for enhanced personalise experience . One of the attracting widgets introduced by Apple during recent event was Smart Stack , which is we can say a combination of multiple swappable widgets in one and can automatically serialise them according to time of the day .

Other functionalities include picture in picture functionality for video , improved Apple Maps , Translate apps that works on real time basis .

As per the recent remarkable decision by Apple CEO  Tim Cook , Apple will stop using Intel processor in their Mac systems and will replace it by ARM-based Apple Silicon Chips for Macs . It is expected that the very first version of Apple Mac with Silicon chip will be released later this year which will be part of transition which is expected to take about two years . Apple has replaced the chip to make their Mac more energy efficient as well as ensure better performance and battery life .
Apple was using intel processor for last 15 years . But now Apple Mac computers will be able to run apps that has specifically been made for iPhone and iPad . Moreover developers will be able to developer apps that would work perfectly on Apple’s hardware .
Apple has also launched its new Mac operating system named as Big Sur , which has been built specifically for integration as well as allows latest processor to allow smooth integration .

Apple smart home technology will be using facial recognition technology to facilitate user to see and recognise who is on the door with the use of their smart doors and cameras . Using this as a technology user can also control and adjust their lighting at their home . At the same time Apple touted security will protect customer by providing them with end to end encryption .
Apple at the same time is also partnering with Amazon , Google and other tech giant to establish and expand their smart home network , facilitating easier use of their technology to their user .

Watch OS 7 : As in iPhone iOS 14 , Apple Watch OS7 is also focusing with delivering personalised experience to users by providing them with option to create their watch faces as well ass sharing them with the user .
Apart from it , the most awaited announcement for sleep tracking capabilities to watch was also announced . The new watchOS feature is enabled with sleep tracking feature which has Wind Down mode , which aids in user to go to sleep by setting desired bed time , wake-up-time as well as setting your screen to Do Not Disturb .
In addition to it , it will also have hand wash timer , so that you can actually count down for how many seconds you have washed your hands . tvOS 14 : With this latest OS update , Apple focuses on enhancing gaming experiences for keen gamers . Apple has expanded support for Xbox controller to even work with Xbox Elite 2 or Xbox Adaptive Controllers , thereby making gaming experience extremely worth spending .
In addition to it , Apple has also introduced Apple Arcade game on their Apple TV , so that user can play right from the point wherein they have left playing on their iPhone and iPad .
Mac OS Big Sur : With latest updates , Apple is claiming 50 % increase in speed of upgraded browser such as Safari and Guide . Safari has been further added with better tab management feature for smoother experience .

AirPods Get Some Serious Updates

Apple AirPods Pro will get spacial-audio by making use of directional audio filters , on the basis of your device direction , in order to give you sound experience from two earbuds . The new firmware update will also facilitate automatic switching as well as creation of seamless transition while playing audio on one device and switching over to another ( ie MacBook or iPad ) .

How Will WWDC 2020 Will Impact Mobile App Development

One of the most interesting announcement is user privacy feature in iOS 14 . Apps need to specifically obtain permission from users in order to use Identifier for Advertisers , the IDFA , which will be granted permission in order to track across apps and services .

By above written features , it is very clear that developers have to effectively ask users for getting their permission to track as well as clarify the value exchange in granting permission to their users . In addition to it , other iPhone app developers as well as business have to redefine their strategy though implementing new formats of app discovery and user acquisitions .