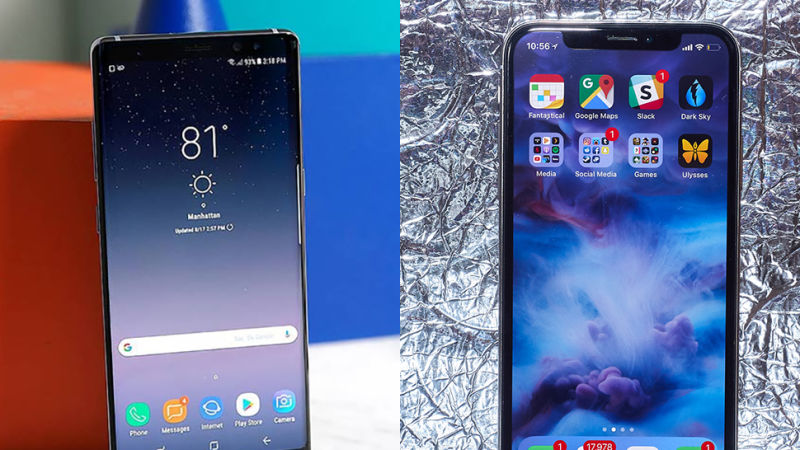 The numbers of users who are actually using smartphones are on its edge . Last year was the year of major privacy breaches wherein some of the worlds most recognisable name has to face privacy breaches and millions of user has been affected by the same . Some of those companies are :

After all these scenario has taken place in 2018 , user now think twice before updating any personal information on their smartphones and is finding measures on how to protect themselves with privacy breach . It is but obvious that the very first question that arises in any users mind now is ” Is one phone safer than the next ? ”

In this article we will be comparing Android ( Google )and iOS ( Apple ) to compare which one is better in keeping the data secure .

We all know that Apple is the leader of its own devices , and that is the reason they don’t outsource any of their manufacturing to any third party vendor , which ensures high standards of quality and safety .

Android devices on the other hand uses pool of manufacturer for its different phone manufacturing such as Pixel and Nexus . This means Android seems to have less control over the products they deal in . Outsourcing also leaves android with less insight into what hacking gateway exist .

Security update is what is provided by both the vendors on regular intervals . But as the matter of fact , both relies on the user to update their devices to latest OS to protect the data and get the benefit arising out of it .

Apple has a stronger control on all its devices which is in its ecosystem , which makes easier to create and distribute frequent updates . Apple enforces user to update their phones OS by launching a event before any OS update highlighting their new feature in the OS , which induces user to feel that update is urgent and they are really excited to see the new updates .

As a part of their promotion strategy , Apple displays constant notification to users who haven’t updated , which in turn becomes easier for user to get the latest update .

Android offers regular Google updates that keeps system secure , but these updates solely relies on implementation of user . But generally updates are easy to ignore by user which may lead to security breaches to vulnerable level .

The major difference between Apple and Android is Apple uses closed source code while Android make use of open-source code .

The major drawback of Android’s open source system is :

It’s more easier to find vulnerability in the code because they already know it . It should always be researched that mobile app development companies should have potential of addressing all security issues when developing for Android’s platform .

iOS developers have to forced work on Apple pc’s only using Apple’s closed sourced programme . The Apple does not release any of its source code to app developers , and hence making it almost impossible for hackers to find vulnerabilities in it .

Android users love their devices because of freedom allowed to their devices and also to manufactures , however leave user with highly vulnerable issues .

Apple is always know for choosing safer and more reliable experience due to its in house manufacturing and closed open source programming .

When planning to hire a mobile app developers , you should take care of security risk on each platform and close eye on developing the best measure to avoid them while building mobile app for your company .